Home > About Us > History

In 1982, Taipei and Hsinchu District Agricultural Improvement Stations were merged into the Taoyuan
District Agricultural Research and Extension Station(TYDARES). This station is one of the seven
DARESs under the administration of the Council of Agriculture, Executive Yuan. The service area of
the station covers Taoyuan and Hsinchu counties as well as the cities of Keelung, New Taipei, Taipei,
and Hsinchu. The total service area is about 520,977 hectares, including arable land of about 103,942
hectares. The total population of this district is approximately 9,713,000, of which 31,000 people are
farmers. 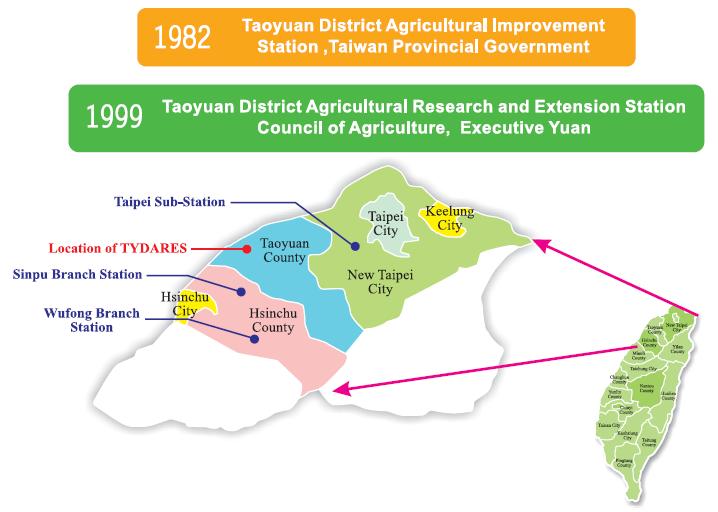